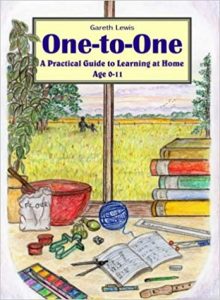 Perhaps when children first started going to school, the curriculum that they were being taught made some sort of sense to them, but that ceased to be the case some time ago. As time has gone on, children have spent more time indoors, and in classrooms, and less time outdoors and actually doing things in the real world. As a result, they do not have any first-hand experience of many of the things that teachers try to teach them, and, therefore, spend much of their time in school in a state of confusion. It is a sad fact that, in our society, it is often the children who get the blame when there is a breakdown in educational achievement, while teachers and school officials are not required to acknowledge that they have made any mistakes at all.

This is clearly illogical and extremely damaging to everyone concerned. It is the responsibility of adults to provide children with an educational programme that is relevant to them, and which grips their attention. It is not the responsibility of children to try to manufacture interest in subjects that that do not appear to have any immediate value.

Childhood is not supposed to be wasted in irrelevant activities, it is meant to be a super-charged time in which skills and knowlege vital for future success are acquired and developed. The truth is that we, the adult population, have no idea of how to help bring this about for the next generation. In particular, things that we may think that we know to be true, do not stand up to investigation in the real world; for example, contrary to popular belief, there is not a particular age at which it is necessary for a child to be able to read, or be able to perform particular calculations, or to know particular facts. The more rigid a curriculum, the less successful it will be, and the more disenchanted the pupils will become.

This may not always have been the case. In traditional communities, in which life followed the same pattern from one generation to the next, it would have been clear what children should have been taught, and when. In addition, the stories that children were told, and the history that they learnt would have featured things with which they were familiar in their daily lives; everything that they were taught could be woven together to make a coherent picture that explained why life was the way it was, and what had to be done to keep it that way.

In contrast, we live in a rapidly changing world: most adults are confused by the ways in which the world has changed since they themselves were young, are struggling to deal with the latest technologies, and cannot understand why the financial pressures that they are under are so much worse than they had expected. It is not really now within anyone’s scope to be able to explain to a child what is happening in the world, why it is happening, and what is likely to happen in the near future. Even in the most highly-controlled educational environments, children are subjected to conflicting ideas, with no guarantee of success if they follow one route or another. To make matters worse, there is no longer widespread confidence that the new technologies will be beneficial, or that changes being instigated now will avert the predicted environmental calamaties that have been predicted.

Rather than following an educional curriculum devised many years ago to deal with a completely different set of circumstances, or more-or-less randomly picking a curriculum that you decide might be appropriate, it makes sense to return to basics: the first priority is to give children a chance to connect directly with the natural world. This gives them a foundation upon which to build their understanding of life.

The second step (which may come much later, because no one ever fully understands the workings of the natural world), is to try to make sense of the man made world. At one time, this may have been relatively easy to achieve: most of life would have been governed by the seasons, the cycle of the crops, and managing the countryside, and there would have been very few aspects of life that were not directly and visibly affected by one aspect of nature or another. Anyone who had learnt a foreign language, read a certain number of books, and mastered a certain level of theoretical mathematics was considered to be well educated and capable of understanding and participating in intellectual life. This is no longer the case, very few aspects of modern lie appear to have any direct connection with nature, and there are different fields of study – science, medicine, engineering, IT, economics, business, culture, philosophy, politics, etc. – each of which seem to be vital to the modern way of life, but which do not appear to have any obvious connection to each other.

The overall volume of information available, either in printed form or online, has become so overwhelming that any choice that adults make as to what should be prioritised in a curriculum will always seem arbitrary, and difficult to justify. For example, the answer to the question of which foreign languages it would be most useful for a child to learn will vary from person to person, similarly, it is difficult to say whether it is more important to understand the ins and outs of how modern technology works, or to have an understanding of political science, or of modern culture. Or maybe an understanding of the origin and development of medical science is now of paramount importance, or perhaps economics and accountancy. It is not realistic to expect someone to be able to master all these subjects, but neither is it reasonable to deny anyone the opportunity to learn about them, given that people operating in these fields are making decisions that have a major impact on daily life in the modern world.

There ought to be a natural process whereby a young person develops an interest in a subject, and is then able to not only access written information on the subject, but is also able to make direct contact with someone with experience in the field, who is able to give them practical help and advice.

Why do we have professional teachers?